Day in the life of a UPM forestry supervisor

At 47 years old, Homero Martínez is conducting an orchestra.

The UPM forestry supervisor coordinates all the company’s activities in a zone that spans about 60 kilometres, from Durazno to Pasode los Toros, located adjacent to UPM’s second Uruguayan pulp mill under construction.

From discussing road safety at rural schools to scouting new land for potential plantations and meeting with local neighbours to discuss their needs, Martínez does it all. 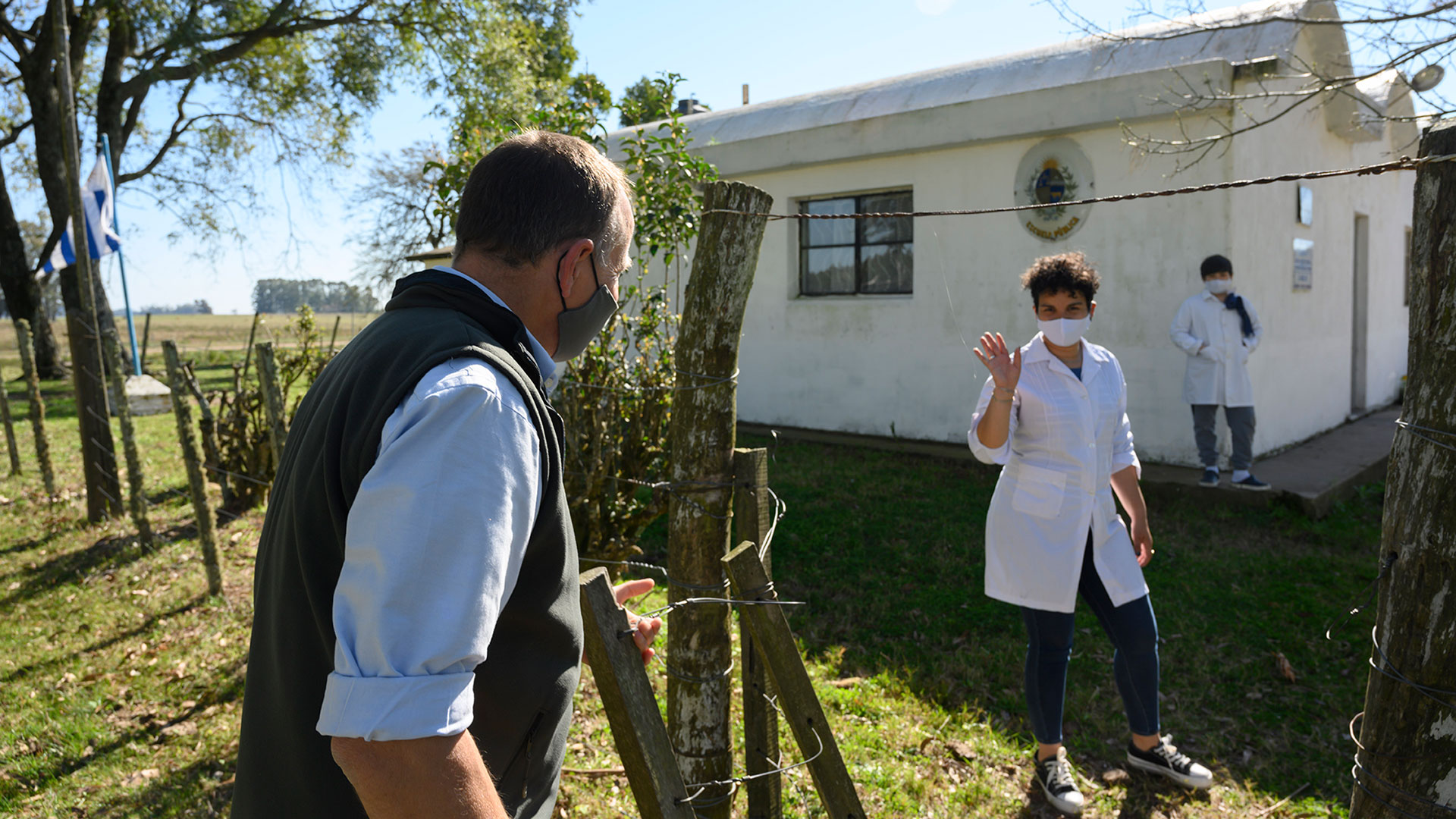 His first stop is a local school in front of a new plantation site. Martínez discusses with head teacher Elizabeth Ribas how they plan to set the trees farther back on the property, allowing plenty of sunlight to come into the schoolyard.

“It’s a job with plenty of diversity,” he says. “That’s part of the attraction.”

As a result, a typical day for Martínez is hard to pin down. Forestry supervisors do far more than simply monitor trees. 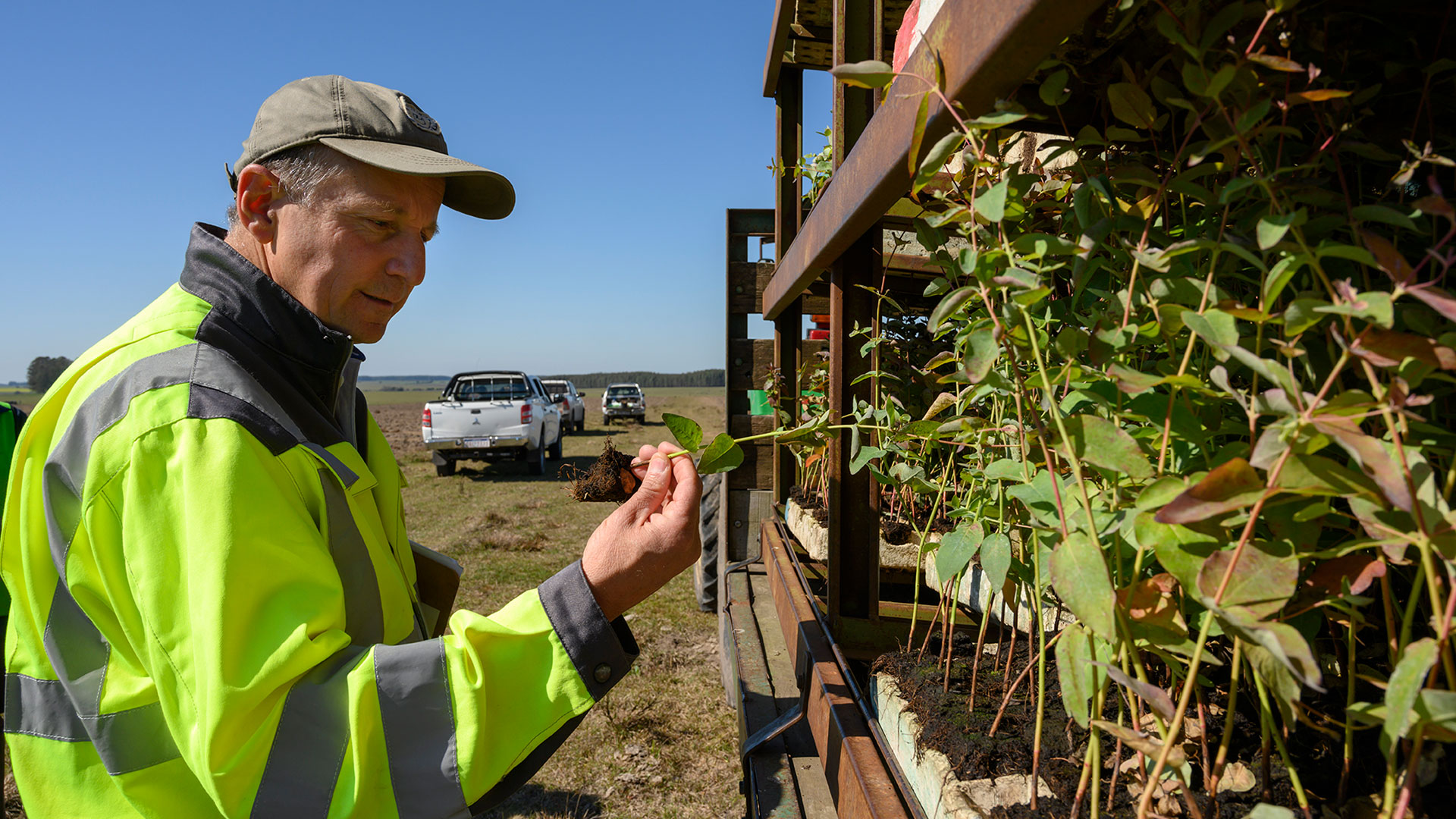 Martínez inspects the seedlings, which have come from the company nursery. Soon, they will be planted in rows and enter UPM’s sustainable forest management process.

Martínez works within a complex network of other supervisors and coordinates with myriad contractors of all sizes.

“Inside of each process is an entire world, from planting trees to harvesting and shipping logistics to building roads in the plantations,” he says. 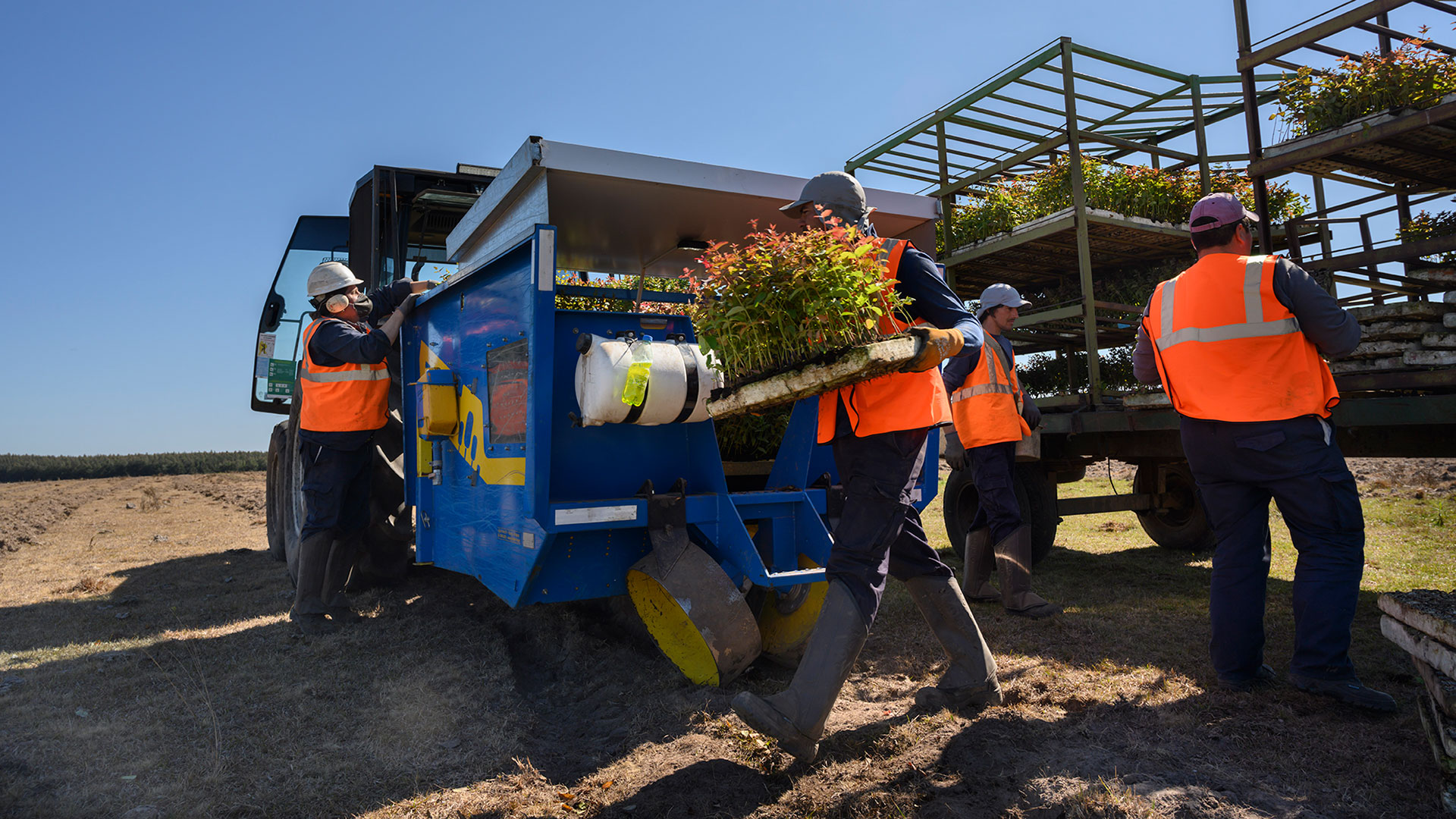 Part of his job is to work with contractors and ensure deadlines are met.

Before taking a job at UPM almost 14 years ago, Martínez worked at Uruguay’s National Institute of Agricultural Research. However, the schedule was punishing, with four days each week spent at a remote research station investigating sheep and wool development.

“I liked that job, but we arrived at a point where my wife and I wanted something different for our family,” Martínez says. “My goal is to be home every night watching my kids grow up.” 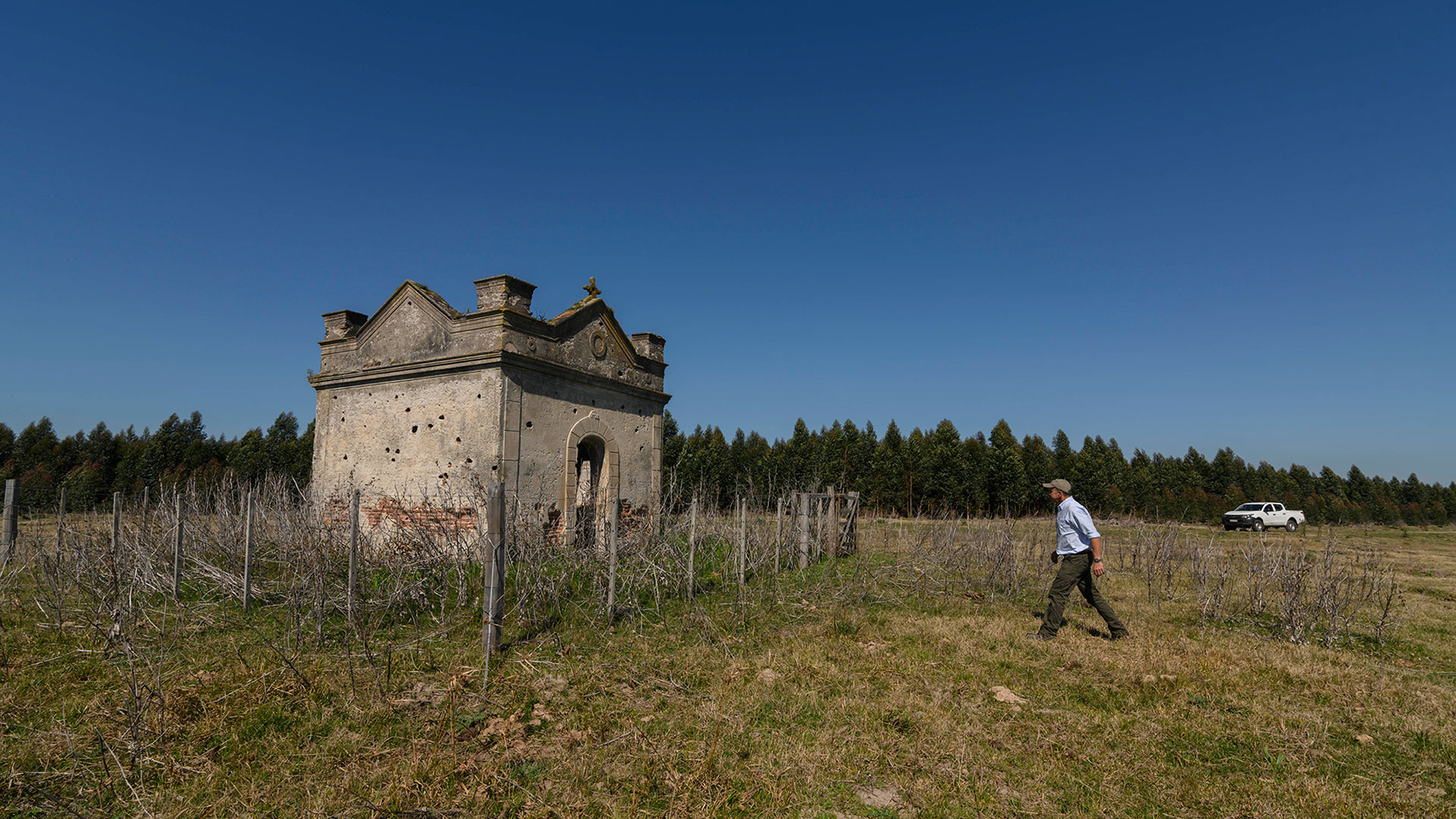 On the way to his next stop, he visits a local historic site, a traditional family cemetery known as a panteón. UPM is responsible for these historic sites on its land and fenced this one in to protect it from damage caused by grazing cattle.

Martínez is usually home in time to shop or pick his children up from football or athletics practice. He immensely values the time he spends with his family and stresses that this is one of the main benefits of his job.

Beyond this flexibility afforded to Martínez, he also values working at a company that shares his vision of social and environmental responsibility. 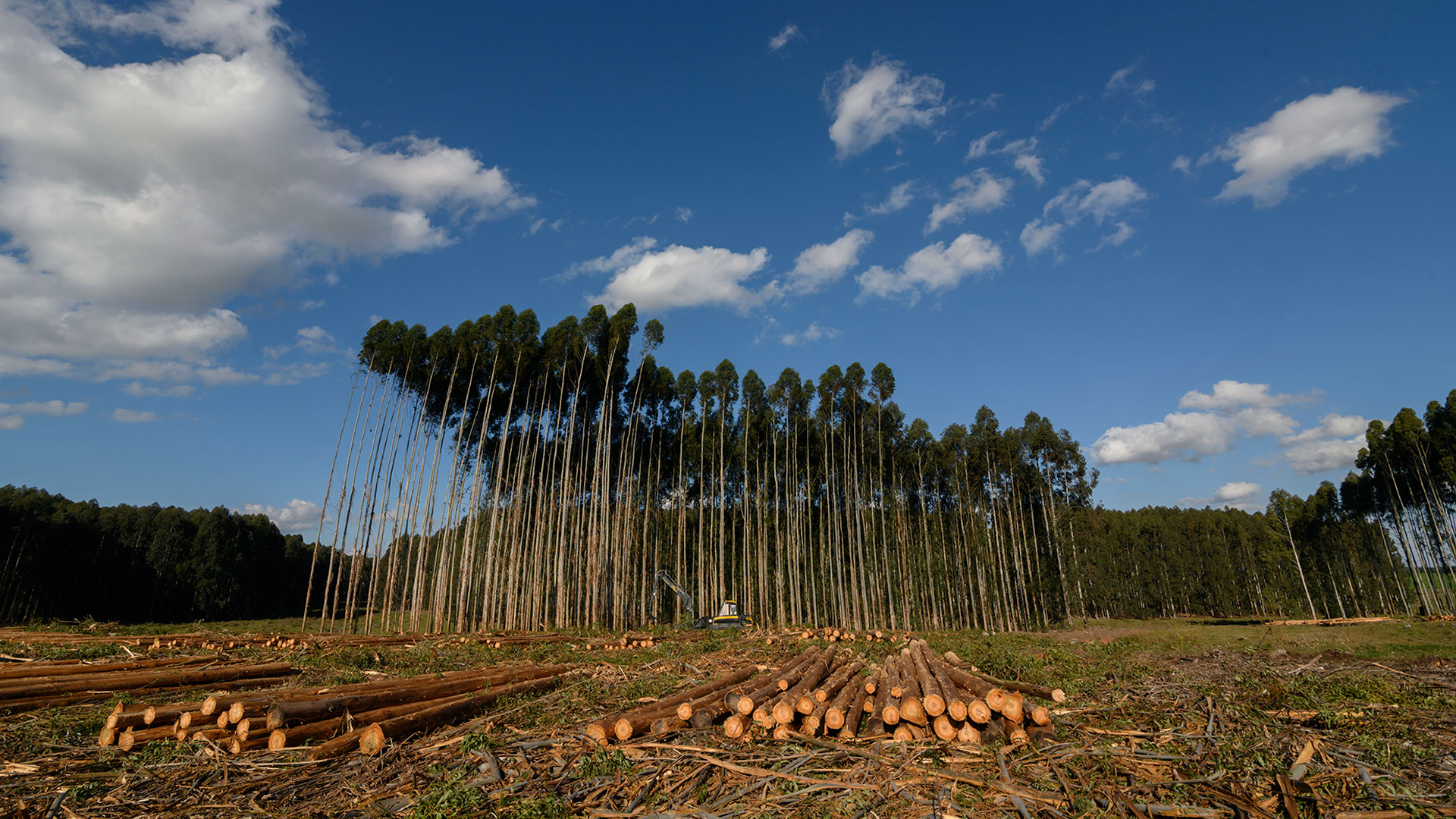 The site currently being harvested is spread over 150 hectares. The speed at which all the trees are cut depends on how many machines the crew has working at a time.

“Their commitment to the environment struck me. It was a company that I could grow at and learn,” he says. “It’s not only about economics and profit; everything matters to UPM. It’s about social and environmental commitments, too.”

Martínez sincerely believes that UPM is the rising tide that can lift all boats. For this reason, he thinks the best way for the company to grow is to continue planting with local farmers and ranchers instead of buying land. 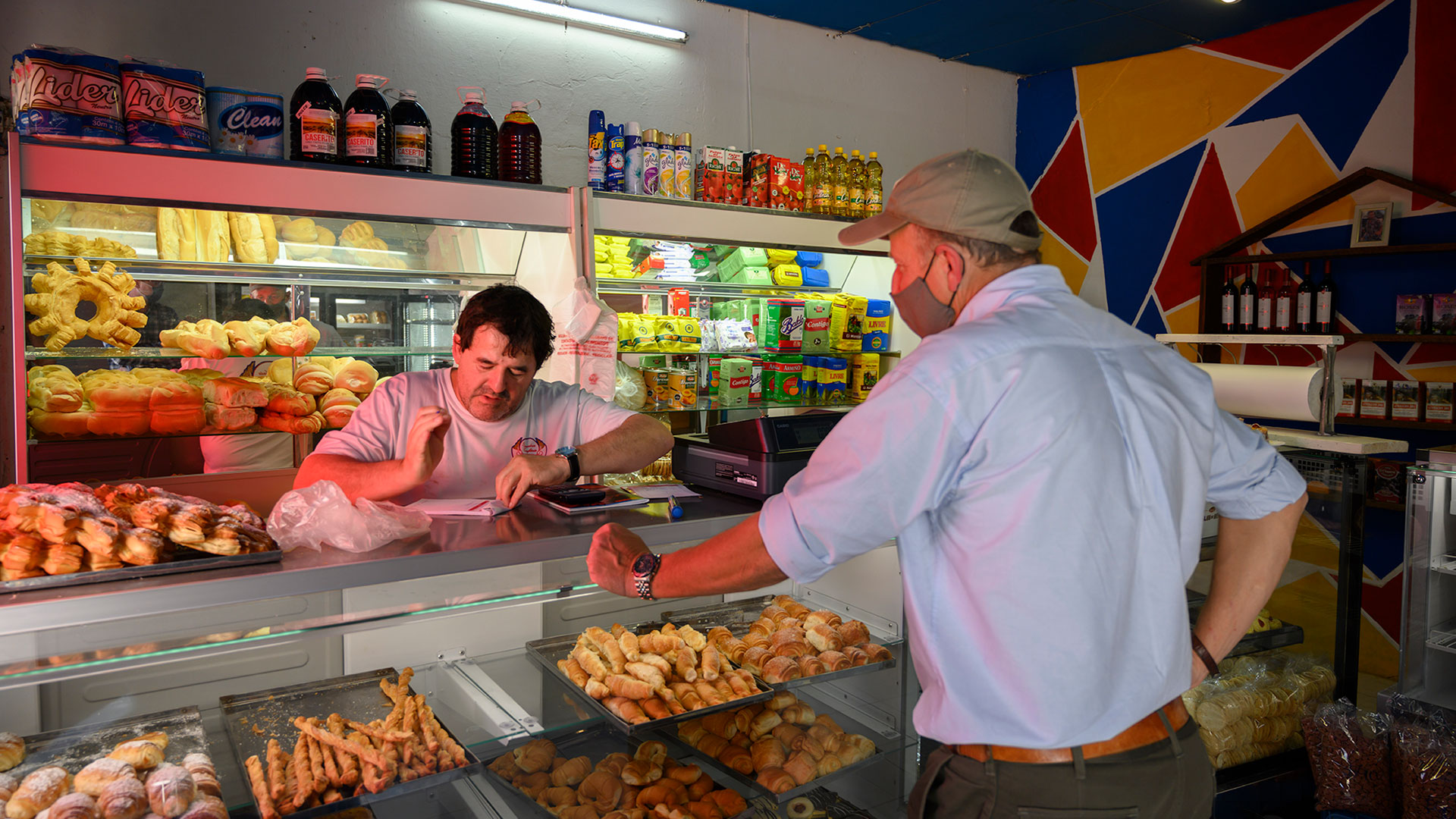 Businesses like this bakery are among the many helped by the presence of UPM. San Jorge is located near the company’s plantations, and it is not unusual for various contractors to drop in for a bite to eat.

The contracts are long – 20 years, or the lifespan of two harvests. However, nothing quite matches the feeling of seeing one of these come to fruition.

“It gives you this indescribable feeling that something you did has come to pass,” he says. “I greatly value this job for these reasons.” 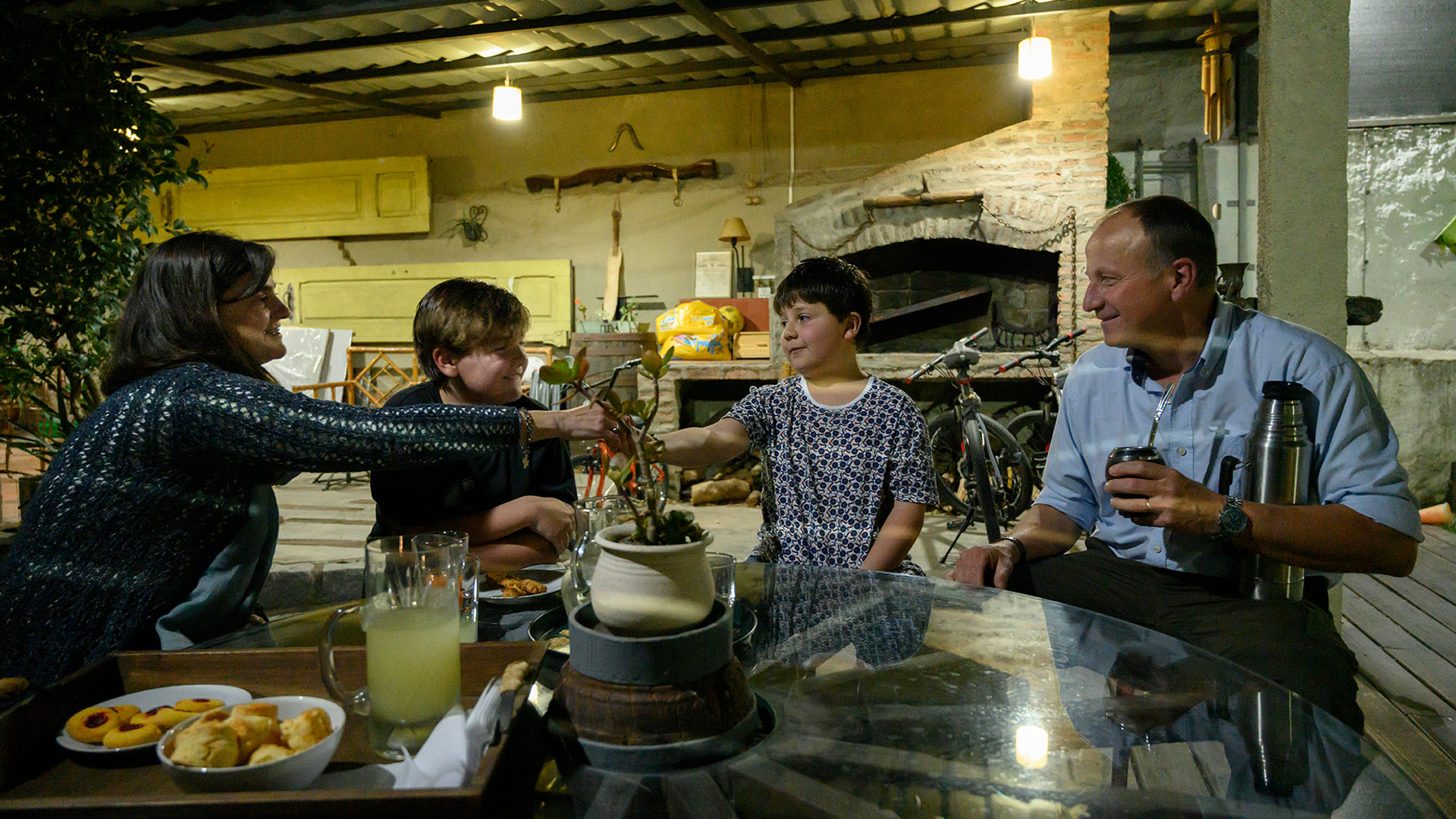 From left to right: Graciela de Mello, Valentín (11) and Vicente (8). Martínez sits in the back garden of his house with the family enjoying an unusually warm winter night. Hearing about his family’s day and watching his kids grow up is all he’s ever wanted.

Main image: Martínez wakes up at 6 a.m. each morning and makes maté, a traditional South American tea. Mornings are quiet in the house and he uses this time to contemplate the day ahead.