(UPM, Paso de los Toros, Friday, 13 November  2020) – A delegation of national authorities  including the Secretary of the Presidency, Álvaro Delgado, the Prosecretary Rodrigo Ferrés, accompanied by the Minister of Transport and Public Works, Luis Alberto Heber, the Minister of the Environment, Adrián Peña, the Minister of Housing, Irene Moreira, the Director of the National Environmental Directorate, Eduardo Andrés, the Director from the Planning and Budget Office, Isaac Alfie and a group of advisors, visited today the construction site of the UPM Paso de los Toros pulp mill. 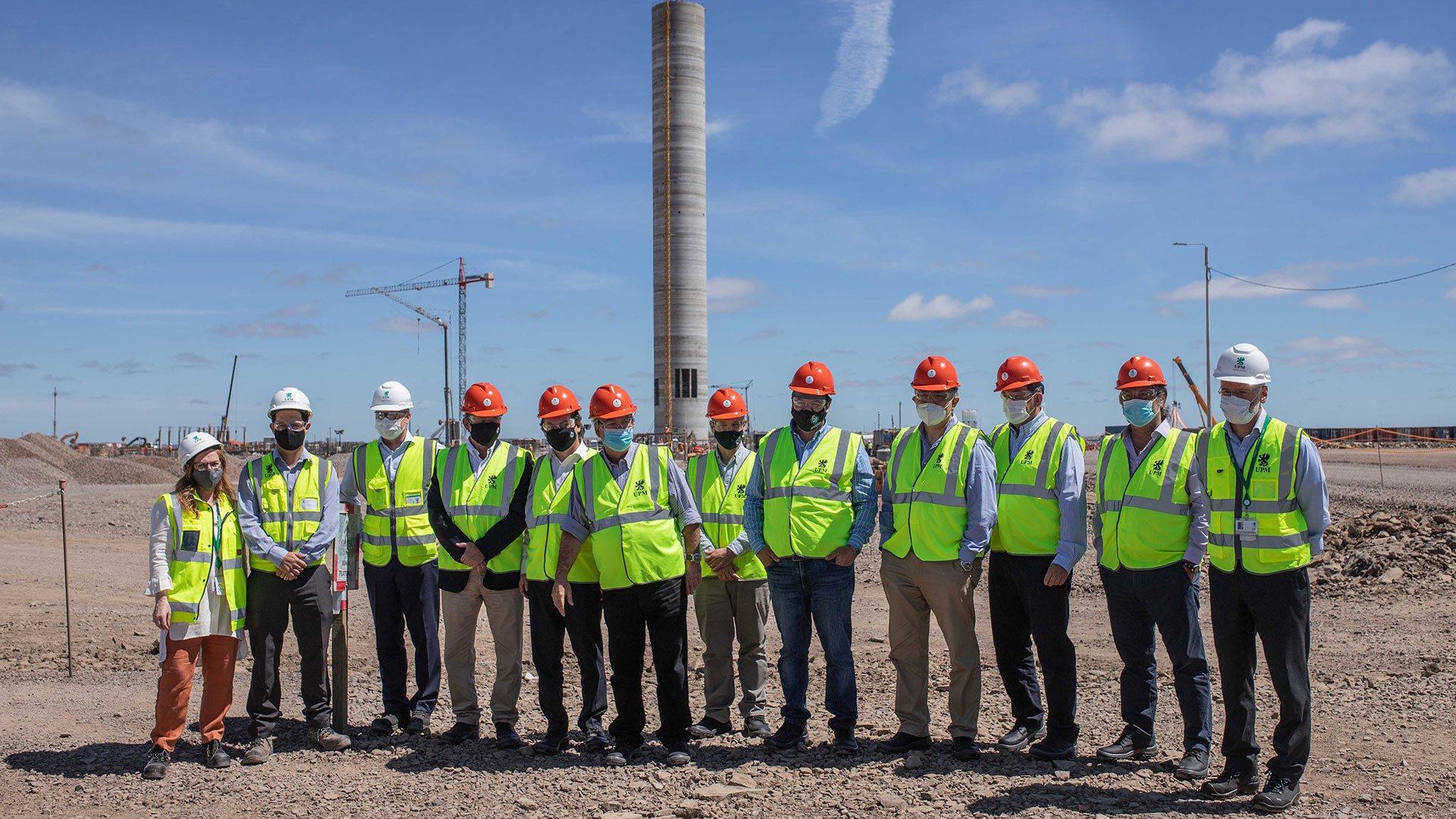 The visit was carried out under strict COVID-19 protocols and measures and included a working meeting and a tour through the different areas of the construction site that today occupies around 2,850 Uruguayan workers with more than 60 contractor construction companies.

To conclude the visit, the Minister of Housing, Irene Moreira, inaugurated 60 new houses used by the mill construction workers during the construction period in Midland neighborhood in Paso de los Toros. These houses will be transferred to the State of Uruguay once the construction of the mill is finished. 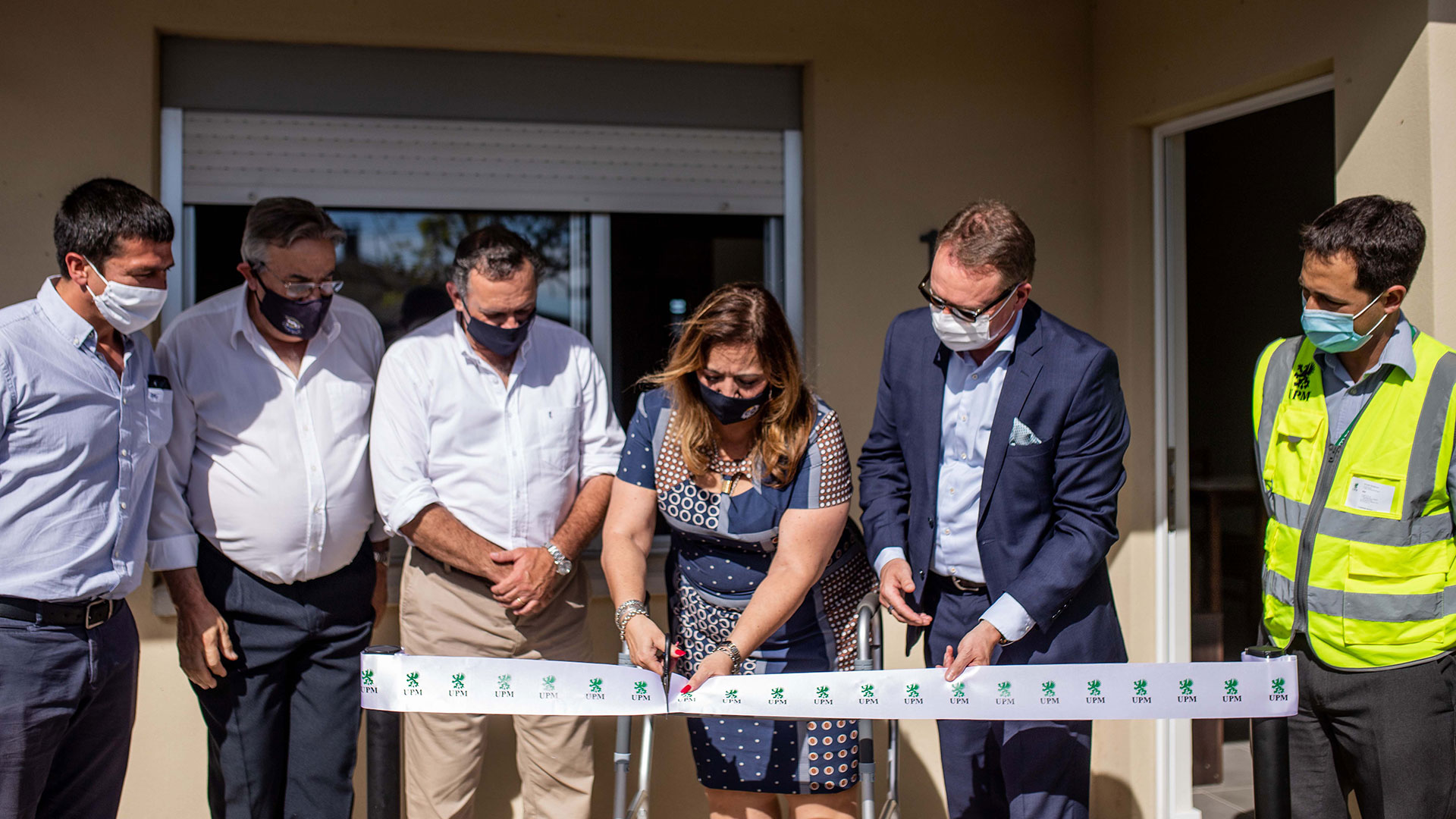 The neighborhood is part of the housing solutions for the accommodation of workers that includes the construction of twelve neighborhoods in the region. Its design and planning were conceived in a way that allows the coexistence small groups of people, promoting a natural integration and generating a positive impact in the community.

The planning includes the installation of 60 houses of which 52 are in Paso de los Toros and 8 in Pueblo Centenario. The place has recreational spaces such as barbecues, sports fields and common areas. In addition, the complex also has fiber optics, power lines, lighting, sanitation and a modern drinking water supply system.

Within the framework of the pulp mill project investment, UPM boosts the development of infrastructure and local growth, generating future opportunities in the central region. The investments in the community are USD 70 million.

In addition to the construction of 135 housing blocks by UPM and its contractors with a capacity to accommodate more than 5,000 workers distributed in Paso de los Toros, Pueblo Centenario, Carlos Reyles and Ciudad de Durazno locations, UPM invests in the improvement of the municipal wastewater treatment plant and in the restoration of the municipal sanitary landfill of Paso de los Toros, in the sanitation and effluent treatment of Carlos Reyles in addition to the construction of a reverse osmosis plant to improve the water quality of the entire village.

Housing planning designed for the development of the region

Once the construction of the UPM Paso de los Toros pulp mill is completed, the houses built, and the infrastructure improvements will be available for the development of permanent housing plans according to the objectives of the Ministry of Housing and the Durazno and Tacuarembó municipalities.